In this world we may encounter lots of name Christians (worshipping a three-headed god) who hate those real Christians who prefer to live according the Holy Scriptures and to worship only One God.

Very often those trinitarian Christians like calling the other ones names and sent them all sorts of hate mail and wishing them eternal torture in a place they call hell. With such fear-mongering they also try to get others to their faith and to keep them in their denomination, calling all other denominations works of the devil. Often we do find in several of those denominations also people who call themselves Christian but who are not ashamed to use such vocabulary their grandparents for sure would turn over in their grave. Today we can find lots of so called Christians who use one f… word after the other as if it is nothing.
.

Each person who want to call himself “Christian’ should make sure that his or her attitude is in line with the teachings of the master teacher Jeshua (Jesus Christ) and should make sure he or she can be an example for and of the Body of Christ.

Today’s thought “The grace of God … training us” (November 27)

Today’s thought “The grace of God … training us” (November 27) When I was a child I remember the word Grace as being what was said before a meal, words of thanksgiving and that, up to a point, is what it means. It is a special word in the writings of Paul; have a careful […]

Today we read the final chapters the Apostle Paul wrote, in which he said, “the time of my departure has come. I have fought the good fight, I have finished the race, I have kept the faith. Henceforth there is laid up for me the crown of righteousness …” (2 Timothy 4:6-8). His encouragement to […]

In a move almost unthinkable only three years ago, Gulf Arab navies have held their first joint military exercise with Israeli warships, co-ordinated by the US Navy. The five-day drill in the Red Sea involved warships from the United Arab Emirates, Bahrain, Israel and the US. It began Wednesday November 10, and included boarding, search […]

This is what Paul declared in 2 Timothy (1:12). This is the final letter of Paul’s life and he writes with utter conviction. It becomes obvious as we read these four chapters that Paul is writing from his heart; this is both because of his special affection for Timothy and because he is aware from […]

Today we completed reading Paul’s first letter to Timothy who was his “true child in the faith” (1:2). There are so many lessons for us for our days in these two letters; they reveal the wonder of a genuine spiritual relationship. In today’s final chapter Paul details warnings to Timothy – “if anyone teaches a […]

Russia is preparing for war and did an anti-satellite test striking a Russian satellite and creating a debris field in low-Earth orbit of more than 1,500 pieces of trackable orbital debris that is also likely to generate hundreds of thousands of pieces of smaller orbital debris.

An American nuclear artillery unit has been reactivated in Germany for the first time since the Cold War and is to be armed with new long-range hypersonic weapons. The 56th Artillery Command, based in Mainz-Kastel, will control the Dark Eagle weapon, which when fully developed and deployed will be capable of accelerating to more than […]

Britain is in discussions with Ukraine to sell it weapons for the first time amid concerns that Russia could exploit the gas crisis to seize territory. Under the plans, Britain would provide surface-to-surface missiles for Ukrainian patrol boats and missiles for aircraft as the nations increase co-operation after Brexit. The Ministry of Defence is discussing […]

Please do find Andy Walton’s Weekly World Watch of October 17 – 23, 2021 where he looks at a.o.Russia that freezes out Nato in payback for spy expulsions, Lebanese Shia militia Hezbollah which might have 100,000 trained fighters, and Britain which is in discussions with Ukraine to sell it weapons for the first time amid […]

Review Questions on Chapter Eight What miracle did Jesus duplicate? What warning did Jesus give regarding the Pharisees? Who did Jesus heal in Bethsaida? What was the reaction of Peter to Jesus’ words about his death? What rebuke did Jesus give Peter? What does it mean cw Jesus? + Preceding Mark 8 – The Nazarene’s […]

Mark 8 – The Nazarene’s Commentary: Mark 8:34-38 – Disown Self and Follow Constantly

Mark 8:27-29 Simon Peter said Jesus is the Messiah,the Son of The Living God!

“27  Now Jesus left with his disciples into the towns of Caesarea Philippi. And along the way he asked his disciples: “Who are people saying I am?” 28 They answered: “John the Baptist.” But others said, “Elijah.” Still others: “One of the prophets.” 29 Then Jesus asked them: “But, who do you say I am?” […]

There are lots of people who think the Jehovah’s Witnesses were founded by Charles Taze Russell, but that is not true. It is a pity that the religious organisation of the Watchtower Bible and Tract Society states that it would be founded by that preacher who was at the roots of the American branch of […]

When we scroll onto the net about Jesus and God we often encounter lots of name-Christians who use verses to reply to others with questions about the divinity of Jesus which not at all say that Jesus is God, but they either do not understand what those verses are saying. Or they deliberately bring a […]

Helping others in times of trouble

It’s important to ensure we reach out to others in the ecclesia, no matter what age they may be.

Mount Gerizim and Can scholars piece together ancient worship practices

Temples have been found throughout the ancient Near East. Mostly we do not have a very good idea of what and how things went on at these sites. Along with reconstructing architectural remains, we can wonder if scholars can piece together ancient worship practices. Over the years, many ancient temples have been discovered and laid […]

New rules in Belgium to stop the spread of coronavirus

When we look around us we have the impression that there are a lot of folks who seem to come from another planet where they do not know that there is a dangerous virus going around this globe. They do not take any precautions to avoid the virus spreading further. In case much […]

Originally posted on I love music:
She works, she sees, nothing but her destiny Small talk, Laughter sounds Lost in the pursuit of her destiny She loves company and the crowd Shut in the dark Destiny flickering like a flame. She hears and sees Nothing but the sound of celebration But she’s lost in the…

Silence: The language of Chaos 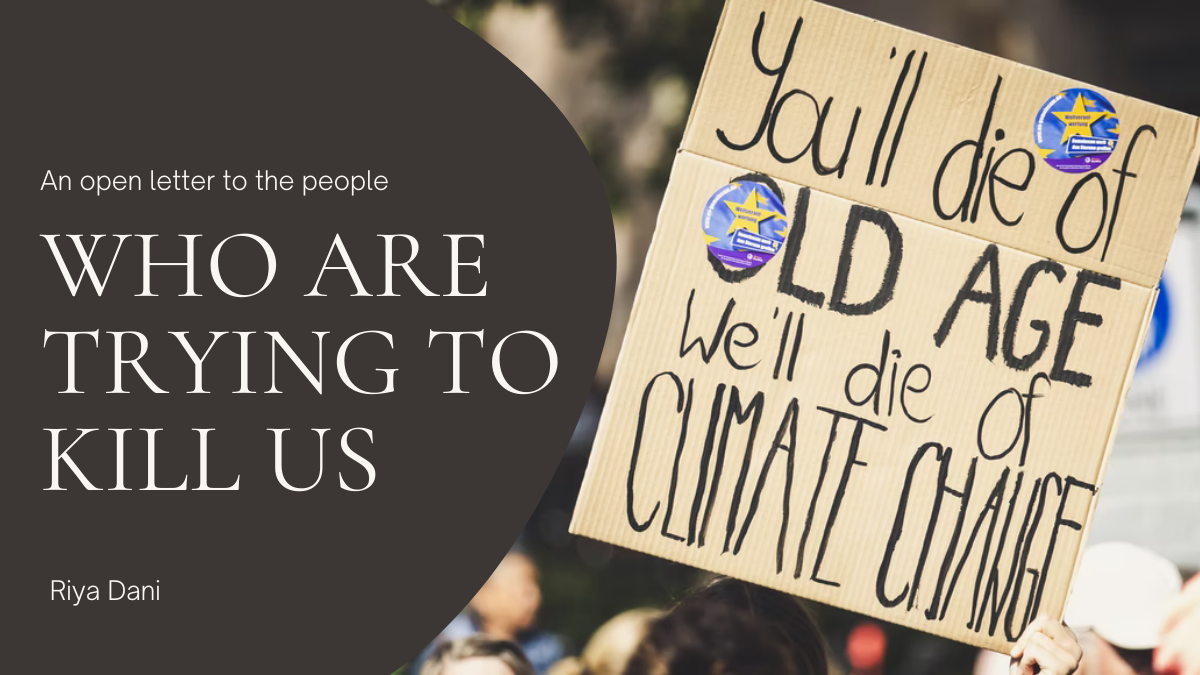 Originally posted on Riya Dani:
The world grappling with the ruinous results of Climate Change, everyone is talking about adopting sustainable strategies, but, Are we doing enough? We had high expectations from COP26 – they met, some slept. All they did was preach the same words we have been screaming for years! “It’s Doomsday! We…

To save, or not to save: that is the question.

Originally posted on The Curmudgeon in the Cottage:
It has been a long time since I last posted. I had a piece nearly ready to go and then Austria’s political crisis and resignation of the Generation Y Chancellor, Sebastian Kurz, rendered it all out of date without a significant rewrite. And I will concede that…

Contact with older people We all know and have contact with older people. Some of us also do belong to what is called the third or even the fourth age. In general, we can say that an ageing society isn’t just a challenge for national governments, policymakers, and healthcare providers to solve. It affects everyone […]

How to look back at Cop26

Negotiations at a repetitious summit looking for long-term solutions After a fortnight of negotiations which began with 120 world leaders attending the UN Glasgow summit, several richer countries did show once more that economic gain is more important for them than saving the planet and/or helping poorer countries to keep their head (literally) above water. […]

Trying to claim some blogs on Bloglovin’

This is just an informational posting for trying to succeed by registering some of my blogs by Bloglovin‘, a platform that would present several blogs to its readers. There are a crop of blogging companion tools and lots of bloggers hope to reach some readers. Bloglovin’ started out as a prettier version of an RSS […]

Donald Trump requesting to block investigations about the insurrection

Donald Trump filed a lawsuit requesting to block the House of Representatives select committee investigating the 6 January insurrection from accessing a tranche of White House records held by the National Archives. He did this after lawyer Dana Remus, who has served as White House counsel for U.S. President Joe Biden since January 2021, informed […]